"We got married at Havat Allenby and immediately fell i..." 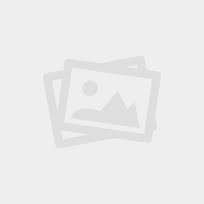 We got married at Havat Allenby and immediately fell in love with the place as soon as we saw it - it's perfect for smaller weddings, has an amazing atmosphere, and is simply beautiful. All of our guests had the most amazing time and said it was like no other wedding they'd ever been to. Having said... that, although the night itself was a success, there were a few things that were very disappointing that made a difference to us. We added the after party food to the package, believing that it would add to the party and make people want to stay later, and were told that the food would be served by the dance floor. However on the night, the food was served in the reception area, which meant that there was an hour in the wedding during the dancing where everyone disappeared to eat, creating the opposite effect of what we had hoped for. We didn't see our event manager on the dance floor, so once we realized where everyone had gone, there was no option to ask him to change this without leaving the party to look for him. In addition, the bar in the dance area is only for chasers - something that was not made clear to us - which meant that anyone who wanted a drink had to leave the dance area and go to the reception area to get it. In general, the event was beautiful and great, but these few things definitely influenced the night, and if we had known these things in advance would have definitely addressed them so as to not be disappointed on the night. עוד
פחות